Priyanka Gandhi Said: 40% of the Tickets of Congress Candidates in UP were given to Women 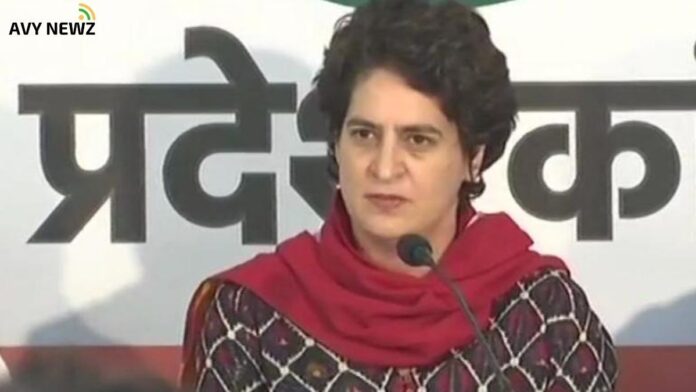 CONGRESS PARTY ANNOUNCEMENT: Priyanka Gandhi made a big announcement during a press conference held in Lucknow on Tuesday. Priyanka Gandhi said that in the upcoming elections of UP, the Congress party gives a 40 per cent ticket to women that every woman of the state wants to change and justice.

Congress National General Secretary Priyanka Gandhi said that if the support of women in UP politics increases, it will increase at the national level as well. I am responsible for UP right now. Women have no cohesion and force. Women are divided into caste and religion only. In that they have to rise above caste, state and they have to fight together.

Priyanka Gandhi also tweeted that conference video from her Twitter account. She said in the conference on Tuesday, “In the assembly elections to be held in Uttar Pradesh, the Congress party will give 40 per cent tickets to women.”

She also said that “There is no hidden meaning behind this. We want women to become full partners in power in politics. We have decided that the Congress party will give 40% tickets to women in the upcoming assembly elections in Uttar Pradesh.

Congress leader Priyanka Gandhi Vadra likewise took a correspond at the government, saying it had guaranteed air travel to those wearing Hawai chappals, yet it has climbed the price of petrol and diesel such a lot that it became difficult for the middle class to travel one place to another or even by road.