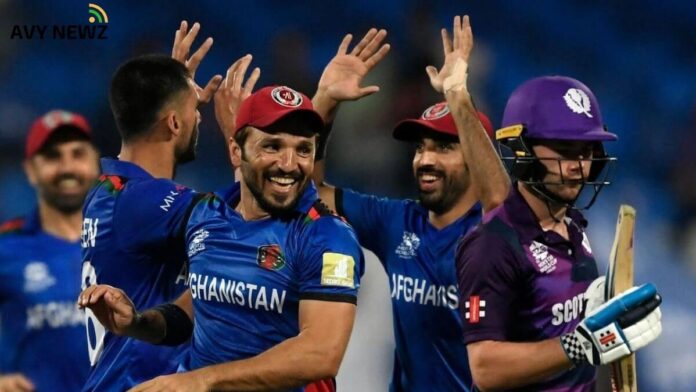 In the match played between Afghanistan vs Scotland on Monday, Afghanistan won the toss and elected to bat first and gave Scotland a strong target. Where Afghanistan scored 190 runs in 20 overs and lost 4 wickets. But Scotland could not chase down that target and all the team got out in 10.2 overs and scored only 60 runs. Afghanistan beat Scotland by 130 runs in their last match played at Sharjah Cricket Stadium.

Scotland batsman George Munsey top-scored with 18 balls in his team with 25 runs where the other did not perform well. Scottish bowler Safyaan Sharif gave 33 runs in 4 overs with 2 wickets and other bowlers Josh Davey and Mark Watt took 1-1 wickets in 4 overs.