Amber Heard’s Another Video Went Viral: Seen Kissing With This Girl in the Lift 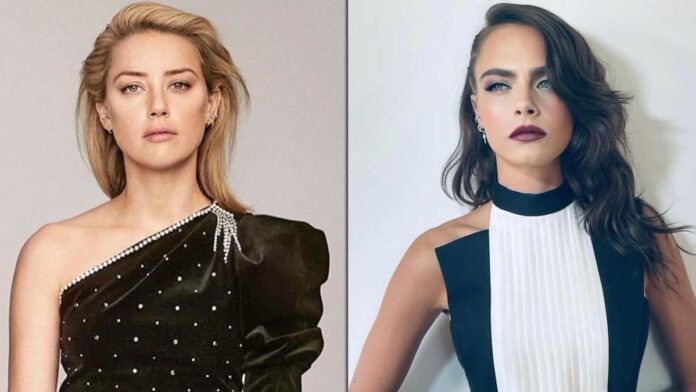 Amber Heard’s troubles are not taking the name of the end. Recently, the defamation case of Amber Heard and Johnny Depp ended, but the troubles of Amber Hard are not ending.

Let us tell you that a video is going viral on the internet, in which two girls are seen hugging each other and kissing later too. It is being told that these two women are Amber Heard and Cara Delevingne.

This footage is of the elevator of the Hollywood actor and his ex-husband Johnny Depp’s building. Even before this many videos of Amber Head have been leaked.

Contents show
A video of her with Elon Musk also went viral earlier.
When did Amber and Johnny Dapp get married?

A video of her with Elon Musk also went viral earlier.

In the video in which amber was seen kissing Elon musk and now she is seen with a woman inside this video, both of them have not been confirmed officially. But it is being told in the viral news that it is Amber Heard.

ALSO READ: Before Brad Pitt’s Retirement from His Acting Career

Amber has been getting trolled for a long time as we all know Amber Hard has lost the case of allegations leveled by Johnny Depp. And a few days ago, the verdict was pronounced in favor of Johnny Depp. but amber’s lawyer said that she cannot pay compensation of $ 15 million to Johnny Depp. Amber was trolled a lot about this too.

When did Amber and Johnny Dapp get married?

The couple married in 2015 and after 2 years both of them divorced. After the divorce Amber accused Johnny of domestic violence and Johnny again sued Amber Heard for defamation

Share
Facebook
Twitter
Pinterest
WhatsApp
Previous article
Before Brad Pitt’s Retirement from His Acting Career, His New Movie “Bullet Train” Is Coming to the Screen
Next article
The Truth behind Disney’s Offer of “2535 Crores” to Johnny Depp for “Pirates of the Caribbean” & “Jack Sparrow”