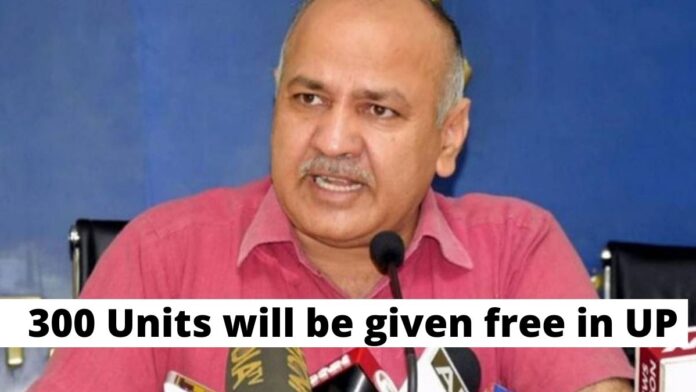 Chief Minister election is near in UP, every candidate is ready to make big announcements. Recently, Deputy Chief Minister of Delhi Manish Sisodia announced in Lucknow that if the AAP government of Delhi wins even in UP.

Aam Aadmi Party’s government is all set to contest the assembly elections in UP. let us tell you that the AAP government is going to field its candidates on 100 assembly seats of UP, in which their leader and MP Sanjay Singh have released the list.

This time a lot of candidates are coming from backward classes in the assembly from the App government. The Aam Aadmi Party is ready to elect the elections and preparing for its government in UP.

Chief Minister Arvind Kejriwal was also present at the meeting. Arvind Kejriwal assured his leaders and said that we have to maintain the dignity of the party and at the same time prove ourselves by doing development work in the country.

Our government in the country. If we work well, then every person will trust us, their words are very polite. According to the report, Arvind Kejriwal and Manish Sisodia named 34 members inside the council, and council and gave permission to every candidate for elections