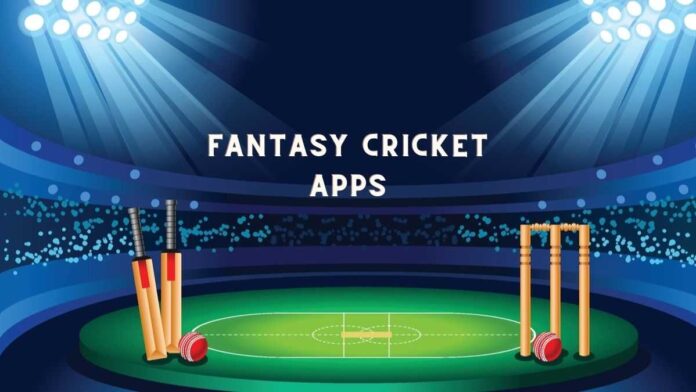 India has a special madness towards cricket. With the Indian Premier League aka IPL starting off last week, every cricket fan is ready to indulge in the matches with excitement and fervour. But why should players have all the fun? This colossal energy towards the bat and ball is the sole reason that we bring you the list of the top 21 best fantasy cricket apps in India. But what is a fantasy gaming app or fantasy cricket?

What are fantasy cricket apps?

Fantasy cricket is nothing but cricket of the virtual world. In fantasy gaming apps, one handpicks players and builds his/her own team. Just like an actual cricket game, one team of eleven competes against the other. Being an online game, it also allows players to participate in live tournaments and win cash prizes. There are terms and conditions attached to these games. These fantasy apps are easily available for download on Google Playstore or App Store or through apk links.

Now the apps on the list are not ranked in any order, below the list of games are to enjoy this IPL season.

Which Is The 21 Best Fantasy Apps In India?

Here are some of the best fantasy cricket apps that are trending in India. Now that you know what are fantasy gaming apps, below is a list of the top fantasy apps

Oneto11 is a real-time fantasy platform for fantasy lovers to earn daily free Paytm cash. Win upto Rs 1000 cash prize with their Daily Lucky Draw campaign. This is a great opportunity to earn lots of income from this fantasy cricket app as you are getting free Rs 100 on Signup with the unlimited referral program. You can also share your referral code to earn lifetime income from it. So download OneTo11 Apk now to enjoy all benefits.

Tagline: Play together, win together

MPL or Mobile Premier League is a renowned fantasy cricket platform. The IPL Fantasy App takes cricket enthusiasts’ passion for the sport a step ahead by engaging them in an exhilarating fantasy cricket experience on the comfort of their couch.

The user-friendly navigation and minimalist game interface are a delight for cricket fanatics. Gamers need to create their fantasy cricket teams, participate in enthralling 1V1 or 1VN contests based on various cricket formats like one-day International cricket, test cricket, or IPL, and watch these players win fantasy points with their real-life performance on the pitch. To earn bragging rights and dominate the fantasy cricket leaderboard, players need in-depth knowledge of the pitch, deep cricket expertise, and the ability to make judgment calls based on weather reports, player performance reports, etc.

To spice things up for cricket lovers and gaming enthusiasts, MPL announced the introduction of the adrenaline-rushing GIGL or Great Indian Gaming League from March 24 to May 29, 2022. Players signing up on MPL and partaking in this contest will win from the massive pot of Rs. 2,000 crores. Moreover, the platform has come up with Team Trading, where MPL fantasy cricket team owners can bid, negotiate, and buy fantasy cricket teams from other teams participating in the contest. After the team trading deal is complete, the buyers will receive the winnings from their new team, and a 10% cut from the profit will go to MPL.

PlayerzPot apex the list of the best fantasy apps in India where you can play cricket as well as earn money on the side. Smriti Mandhana and Bhuvaneshwar Kumar are the brand ambassadors of this fantasy gaming app.

With more than 7 million users and 100+ contests every day, PlayerzPot comes with the following features:

Other details are listed below:

Dream11 has Mahendra Singh Dhoni as its brand ambassador. With more than 11 crore users, Dream11 is the official IPL partner making it one of the best fantasy apps in India.

It comes with the following features:

Other details about the app are mentioned below:

Another application in the list of top fantasy cricket apps in India is My11circle. Its brand ambassador is Ranveer Singh. My11circle is a part of Games24x7 where players can register, play and win daily prizes.

Some other features of the app are:

Android users simply need to click the ‘Download for Android ‘option given on the website. Once apk gets downloaded, click Open. Then click ‘Allow for this Source’ in your settings and there you have the app to enjoy fantasy cricket in India. MYTEAM11 has all the features to be one of the best fantasy apps to enjoy gaming. Additional features include:

As soon as you open the website you can rest assured that it is backed by Harsha Bhogle. Fantasy Akhada is a 100% safe and secure app making where you can enjoy playing cricket. The app as well as the website come with 24×7 support for the users.

Just like MyTeam11, iOS users can freely download the app from the App Store whereas Android users can use apk link provided on the website for this purpose.  Some features of Fantasy Akhada include:

Additional information about this app:

8. PAYTM FIRST GAMES(One Of The Best Fantasy Apps In India)

Guess who is the brand ambassador of this another fantasy app? Yes, it’s none other than the legendary Sachin Tendulkar. Paytm first games is one of the best fantasy cricket apps in India and undoubtedly the safest place to enjoy this IPL season.

Just like any other game of this category here also you can play live matches by building up your own curated team. Then what makes this app different from the others? The app has a section called Gurus’ Suggestions where you can get expert suggestions, tips and tricks to play the game. Following are the features of this app:

Gamezy is a gaming app in which apart from live matches one can also check player performances. The app provides the facility of player statistics based on the comparisons of the last 5 matches.

From the series of best fantasy apps in India where you can take control over your team as well as its selection and progress. Refer to friends, form teams and win.

Sign up & avail the best deals to enjoy cricket this IPL season sitting at home.

Suresh Raina is the brand ambassador of Howzat which is one of the top fantasy gaming apps in India. This app allows you to take part in live matches to play any time of the day.

Howzat has the special feature of 24×7 matches that allows you to play at both 1 PM and 12 AM. Highlights of this fantasy cricket are:

NostraPro is one of the best fantasy gaming app and has the feature of quizzes along with daily offers and cricket. For android users, the link to apk is given on the website.

Refer to your friends, form a team and collect assured prizes after every win. Following are some explicit features of the app:

As the name suggests Fanfight is a fight among the fans of fantasy cricket to win and claim amazing rewards and prizes. It is one of the top gaming apps in India.

To enjoy fantasy cricket, iOS users can directly download the app from the App store whereas for Android users a link to apk is provided on the website. Its features include:

It is the best fantasy app in which one can make virtual teams and compete. The app can be downloaded from the website. Along with user-friendly interface, daily contests, and live score updates, one can also participate in giveaways.

Invite your friend and family using WhatsApp and enjoy FantasyPower11.

Unlike other fantasy gaming apps, Fan2Play has a unique feature of 2-way participation. One can create as well as accept challenges and compete thereby.

iOS users can download the app from the App store and for Android users, the link to apk is given on the website. Or one can also scan the QR code provided on the website. Special features of this app are:

Also Read: 20 Most Visited Websites In The World You Must Be Aware Of

Besides being the best fantasy app in India.

Real11 has various unique features and some of it are:

Tagline: More than just a club

A multi-language fantasy app in India, Jeet11 is an emerging platform. This is one of the best fantasy cricket gaming app in India and is available in both web applications and apk for Android users.

Features of the app are as follows:

Commenced in 2018, Playing11 is still young in the world of top fantasy apps in India but has promptly gained its ground as an app for small players.

It’s a simple-select match, form your own Playing11 team, join the league and win prizes. Isn’t it simple? Some features of the app are:

Perfect fantasy gaming app for small league players or beginners in the world of fantasy cricket.

Other features of this fantasy app are:

20. BATBALL11(One Of The Best Fantasy Apps In India)

The second last member in the league of best fantasy cricket apps in India is Batball11. With an elementary user interface, any member can select a match, build their teams, choose the league they want to play, and win exciting prizes.

Additional features of the app are:

Winzo is a versatile and one of the best fantasy app that is perfect for this IPL season. One can download the app by scanning the QR code available on the website or Android users can use the apk link to download the same from the Winzo website and enjoy the leagues.

Additional features of the app are:

Question 1: What is a fantasy cricket app?

Answer 1: A fantasy cricket app is a virtual platform where one can build their own team and participate in contests just like they would’ve performed in an actual match.

Question 2: What are some of the top fantasy apps in India?

Question 3: How to climb up the leaderboard in fantasy cricket?

Answer 3: Fantasy cricket requires strategic involvement as if one is playing real-time matches. Knowledge related to weather, playing tactics, and players’ positions are some helpful points in this area.

Answer 4: States of Andhra Pradesh, Assam, Telangana, Sikkim, Odisha and Nagaland are the ones to ban fantasy cricket apps.

Question 5: How to withdraw cash prizes from a fantasy gaming app?

Answer 5: Fantasy apps have their own terms & conditions when it comes to these procedures. Generally, it requires the filling up of KYC forms to avail them. Still, it is advised to read the terms & conditions of any website or app properly.

Question 6: Which fantasy gaming app is best for earning money?

Answer 6: As per my research Playerzpot, Dream11, Paytm First Games, Gamezy, and MPL are some of the most trusted fantasy cricket apps in this criterion.

Question 7:  Which gaming app is best for beginners of fantasy cricket?

Answer 7: MyFab11, BatBall11, Playing11 and Winzo are some apps that can be used by beginners to start with.