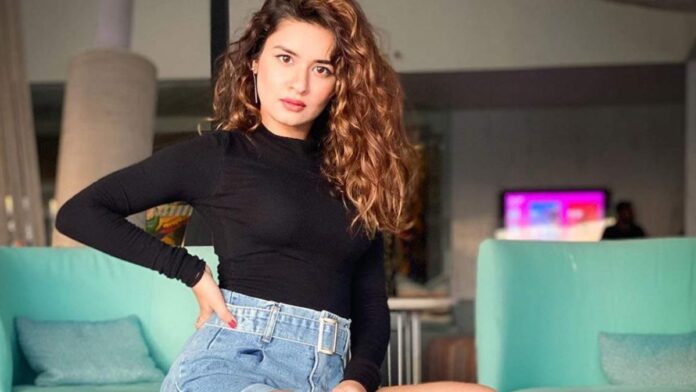 As we all know that new year has arrived and everyone has welcomed this new year in their own way. Some have welcomed by praying God for the coming year to be better, healthy, and beautiful for everyone. In this post, we are talking about the famous TV actress Avneet Kaur. She is a popular daily soap actress. She has been seen in various serials, “Aladdin and Chandra Nandini”. She is also an active user of social media and keeps updating about herself. The actress posted her first photos of the year 2022. Look at the photos here.

In the above post, she is seen wearing a black bikini, combining it with black shades. In the photo, she is seen is giving different poses leaning on the wall. She is also seen wearing black sandals. She captioned her post by writing, “1st day of 2022!🖤✨🍂 #poolday“.

In the frame above, Avneet Kaur is looking just like a dream girl. In the photo, she is seen wearing a pink top which makes her bo*ld and beautiful. In the post, she is seen slaying with her look in four different poses.

She has recently seen doing shoots for her first upcoming movie with none other than one of the versatile actor Nawazuddin Siddiqui. Her movie is titled, “Tiku Weds Sheru”. The film is produced by Kangana Ranaut, written and directed by Sai Kabir under the banner of Manikarnika Films.