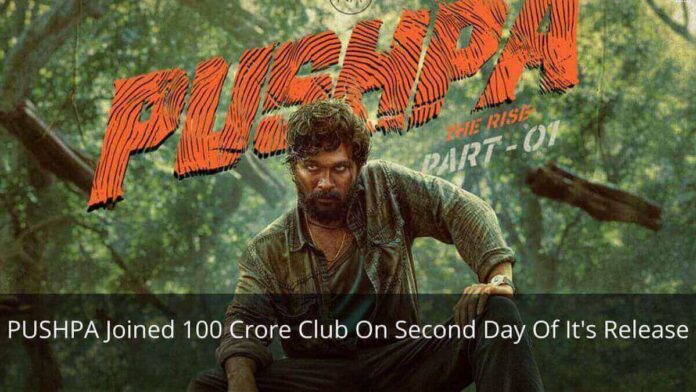 After the release, Pushpa became never to be forgotten movie. The latest release of stylish star Allu Arjun is doing unstoppable business at the box office. No seats are available at the movie theatre. The release of the movie created so much craze that fans have to wait in queue for the tickets. The film had a handsome opening at the box office.

According to the sources, On day 1 the movie has collected Rs 71 crore gross at the worldwide box office. The makers of the movie (Director & Producers) are very happy & joyful over the terrific response to the movie at the ticket window and the box office. It seems like stylish star Pushpa is going to shatter records of all the Telugu films released this year.

Now for the second day, Pushpa has earned around Rs 43 cr plus at the box office. Some less than the first-day collection, but also the film has joined Rs 100 cr club on the second day of its release.

Pushpa 2 will be released by the end of the next year. Sukumar said that Pushpa 2 won’t get delayed like its prequel and that they have already shot two scenes of Pushpa 2.