Before Brad Pitt’s Retirement from His Acting Career, His New Movie “Bullet Train” Is Coming to the Screen 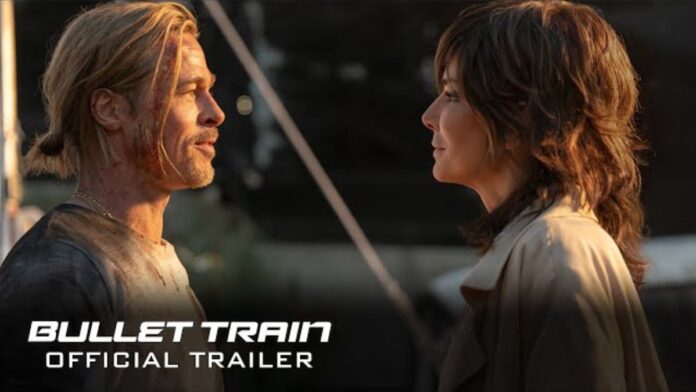 The trailer of Hollywood’s famous superstar Brad Pitt’s new movie “Bullet Train” has arrived on YouTube.  This trailer has ruled the hearts of people. The makers have told everything in this trailer, which has been viewed more than 2 crore times.

And different characters have been shown in all four posters, which we can understand in this poster. That first the name of the movie is written in front and a character is standing behind it. Each character is displaying a different image

Which Book is this Movie Based on?

Let us tell you that the movie is based on a book, the name of this book is “Maria Beetle” and Brad Pitt who is seen in the lead role has given a great performance in this movie. Along with him, there are many more famous actors who are working in this movie.

Everyone’s noose will make this movie exciting. The movie will be launched in theaters around August and the makers of the film are expecting a lot from this movie.

The movie, which will be released on August 5, will be released in many languages ​​including Hindi English Tamil, and Telugu. Just like Brad Pitt, There is a lot of speculation going on in his personal life these days. Looking at him, people are excited to see Brad Pitt on the big screen.