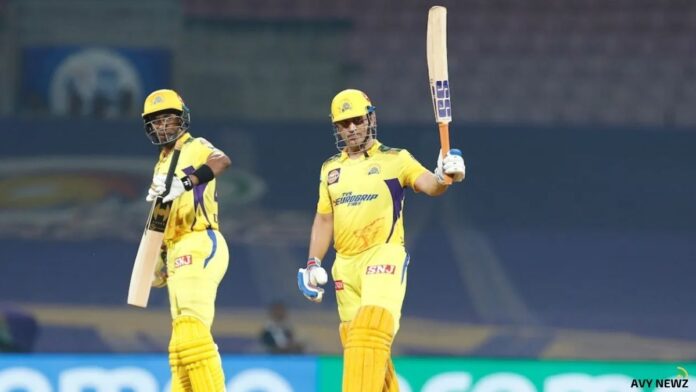 Chennai Super Kings chased down the target of Mumbai Indians in 20 overs and won the match by 3 wickets. While CSK batsman Mahendra Singh Dhoni played a brilliant inning in the last over where he ended the game with a boundary, he scored 28 runs for his team. Another batsman Ambati Rayudu scored 40 runs, Robin Uthappa scored 30 runs and Dwayne Pretorius scored 22 runs against Mumbai Indians.

IndianPremierLeague tweeted on Twitter and said. “Tweets galore as MS Dhoni finishes things off in style! 😊😊”

Where Mumbai Indians scored 155 runs in 20 overs and lost 7 wickets against CSK. While Mumbai Indians batsman Tilak Verma played brilliant innings, he scored 51 runs for his team. Where another batsman Suryakumar Yadav scored 32 runs and Hrithik Shokeen scored 25 runs to set a strong target for CSK. But CSK won the match chasing the target in 20 overs.