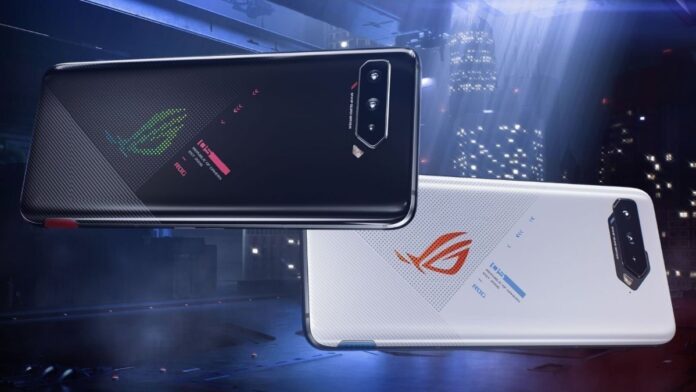 ASUS is launching a new smart device ASUS ROG Phone 6 with better gaming performance. Along with this, the company has also confirmed that the device packs notch specifications and features. The tentative date of launch will be decided soon as well as the estimated price of ASUS ROG Phone 6 will be Rs 59,999.

The ASUS ROG Phone 6 sports 5G with a 6.78-inch AMOLED display that offers Full HD+ 1080×2448 pixel resolution which translates to a pixel density of 395 PPI. ASUS ROG Phone 6 Pack comes with Corning Gorilla Glass protection which protects the screen/display from smudges and marks on the device. The device has an on-screen fingerprint sensor to unlock the device.

ASUS ROG Phone 6 is powered by an octa-core Snapdragon 888 chipset and comes with 8GB of RAM for great performance and also offers 128GB of internal storage of the device but it may not support a memory card slot. ASUS ROG Phone 6 has an Android 11 operating system. The phone runs on graphical needs which are addressed by Adreno 660 GPU.