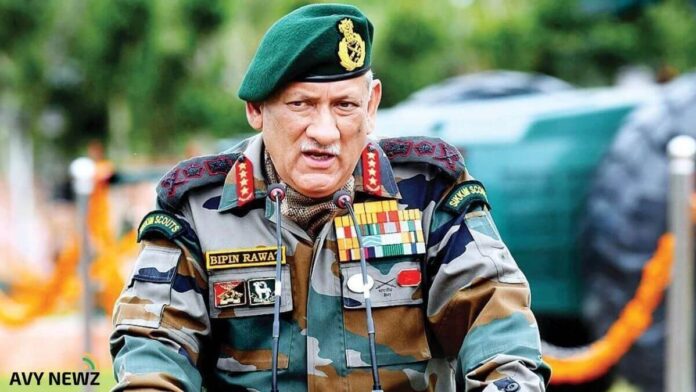 The Prime Minister, President and Chief Ministers of several states have condoled the death of Bipin Rawat, his wife Madhulika and 11 others in a helicopter crash in Tamil Nadu. America, Russia, China and Pakistan have also mourned the death of General Bipin Rawat. Then Parth of 12 people. New Delhi! The terrestrial-aged Paulum Technical Airport is forever credited.

“Shocked and pained by the untimely demise of General Bipin Rawat and his wife Madhulika Ji. The country has lost one of its bravest sons. His four decades of selfless service to the motherland was marked by exceptional valor and valor. My condolences to his family”, Said that President of India Ram Nath Kovind.

I am shocked and anguished over the untimely demise of Gen. Bipin Rawat and his wife, Madhulika ji. The nation has lost one of its bravest sons. His four decades of selfless service to the motherland was marked by exceptional gallantry and heroism. My condolences to his family.

Here, Union Defense Minister Rajnath Singh will give detailed information about this helicopter accident in both the houses of Parliament today. The government has declared three days of state mourning in Uttarakhand, the home state of General Bipin Rawat. The country’s first CDS (Chief of Defense Staff) was en route to the Defense Services Staff College in Wellington, Tamil Nadu, where he was to address faculty members and student officers, but the helicopter crashed on the way.

General Bipin Rawat has experience in commanding high altitude war zones and counter-insurgency operations. He has commanded an infantry battalion in the eastern sector. Has also commanded a Rashtriya Rifles Sector and an infantry division in the Kashmir Valley. He has been awarded UISM, AVSM, YSM, SM for gallantry and distinguished services.