Gujarat Titans Won the Match Against Punjab Kings by 6 Wickets 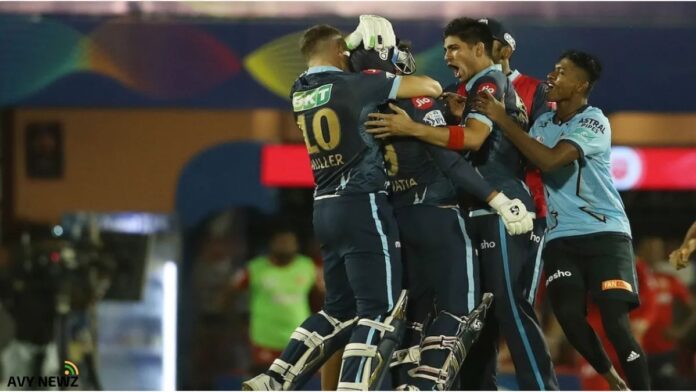 Chasing the target in 20 overs, Gujarat Titans won the match against Punjab Kings by 6 wickets. While Gujarat Titans batsman Shubham Gill played a brilliant inning against Punjab Kings, he scored 96 runs in 59 balls. Where another batsman Sai Sudarshan scored 35 and Hardik Pandya scored 27 runs for his team. Where Rahul Tewatia ended the match with 2 sixes in 2 balls.

IndianPremierLeague tweeted on Twitter and said, ” For his incredible 96 (59) at the top, @ShubhamGill adjudged as the Player of the Match as @gujarat_titans win by 6 wickets in a final-over thriller. “

For his incredible 96 (59) at the top, @ShubmanGill is adjudged as the Player of the Match as @gujarat_titans win by 6 wickets in a final-over thriller. 👏 👏

Against Gujarat Titans, Punjab Kings scored 189 runs in 20 overs and lost 9 wickets. While PBKS batsman Liam Livingstone scored the most runs for his team, he scored 64 runs in 27 balls. While another batsman Shikhar Dhawan scored 35 runs, Jitesh Sharma scored 23 runs and Rahul Chahar scored 22 runs to give his team a strong target against Gujarat Titans.