Hrithik Roshan looks like a perfect groom in his recent pictures 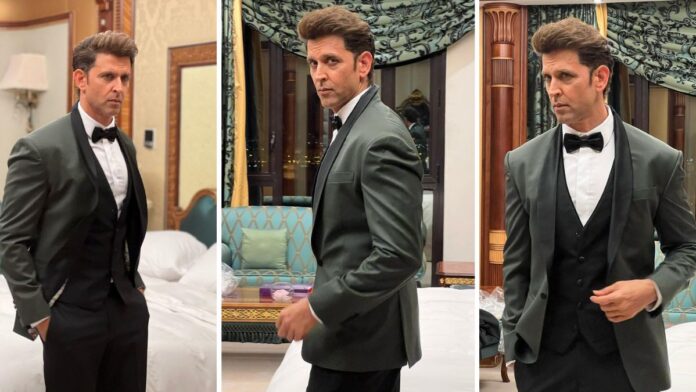 Hrithik Roshan is an Indian actor who is based in Hindi Cinema and is really talented actor as he has also played many roles as a child actor.

He is known for his Dancing skills, handsome looks, sexiest body build, and not forgetting about his unbelievable acting skills too.

Starting his career as a child actor his first lead role was a super hit film named “Kaho Na Pyar hai” and after that, he has given back-to-back films and super hit dance performances becoming an idol and inspiration for a lot of fans and also an upcoming artist in the industry.

He has won various prestigious awards including six Filmfare awards and out of which most of them were for the best actor awards and has been appearing on Forbes India quite frequently starting from 2012 and is India’s one of highest paid actors.

But when we are talking about “The Hrithik Roshan” how can we not talk about him being all sexy, smart, handsome, and about his charms?

He is about to complete his half-century in his age in just two years which means he is 48 but man he aging like a vampire, he is not aging at all he still looks so young and handsome.

Recently he posted a few pictures of him in his black formals with a bow and white shirt he was giving a full vibe of a groom he looked ethereal and slayed it in every possible aspect of handsomeness and spread his charms everywhere.

If you are getting bored, then try these top things people like to do when they get bored.