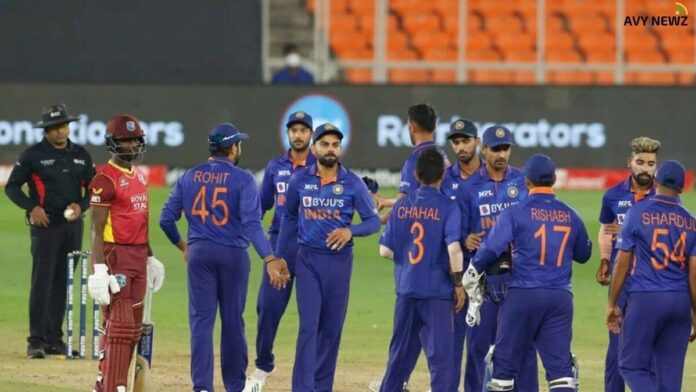 WEST INDIES TOUR OF INDIA: India defeated West Indies by 8 runs in the 2022 match of the tour of the West Indies played at the Eden Gardens in Kolkata on Friday. In this match, West Indies won the toss and decided to bowl first. Also, India completes 100 wins in the T20I series.

BCCI tweeted on Twitter and said ” That’s that from 2nd T20I. A nail biting finish as #TeamIndia win by 8 runs to take an unassailable 2-0 lead in the series.“

That's that from 2nd T20I. A nail biting finish as #TeamIndia win by 8 runs to take an unassailable 2-0 lead in the series.@Paytm #INDvWI pic.twitter.com/blSuQYQvlv

A special 💯 for #TeamIndia in T20Is 💥💥 pic.twitter.com/czrBSeRpR4

West Indies player Nicholas Pooran scored 62 runs in 41 balls and Rovman Powell scored 68 runs in 36 balls. And he scored 178 runs in 20 overs and lost 3 wickets. But they could not chase the target of Team India. And India won this match by 8 runs.