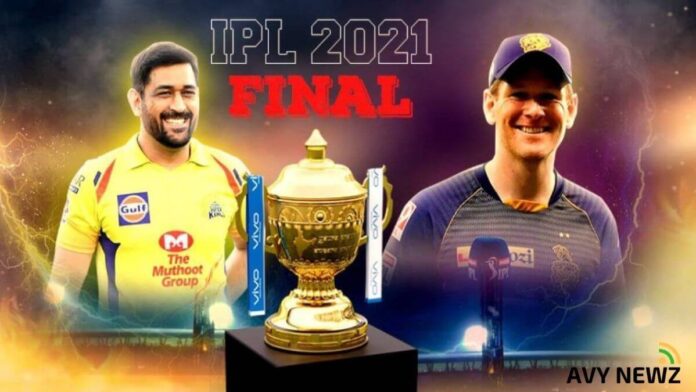 VIVO IPL 2021 started with 8 teams but after that, there were four teams in the playoffs. But in the last qualifier and eliminator match four teams perform. Where Chennai Super Kings will qualify first and then Kolkata Knight Riders won two matches against RCB and DC to make it to the finals. Now KKR and CSK will clash in today’s match for Vivo IPL 2021 Cup.

In the first qualifier match, where CSK batsmen Ruturaj Gaikwad and Robin Uthappa were in excellent form, Ruturaj scored 70 off 50 balls and Uthappa scored 63 runs in 44 balls. But after the finisher, MS Dhoni did a great job to win over CSK and take them to the final of VIVO IPL 2021. MS Dhoni scored 18 runs in 6 balls and he ended the innings with a boundary.

ALSO READ: 20 Most Visited Websites in the World

And the other team KKR, where KKR openers Shubham Gill and Venkatesh were in excellent form, they do well in both the Eliminator match and the second qualifier match. In the second qualifier match, Shubham Gill scored 46 off 46 balls and Venkatesh Iyer scored 55 runs in 41 balls. But in the last match Sunil Narine is not performing well, he has not taken a single wicket and even not scored a single run in the last match.

In today’s match between CSK and KKR, both the teams give strong competition to each other where KKR have a chance to win today’s match as they are performing well in the last two matches. But even CSK can take any risk that they lose the VIVO IPL 2021 trophy.

In the final match of VIVO IPL 2021, we are supporting Kolkata Knight Riders to win today’s match as they have been doing well in the last two matches and their team’s batsmen are in great form.