Security Meet Of Officials For Vicky And Katrina’s Wedding 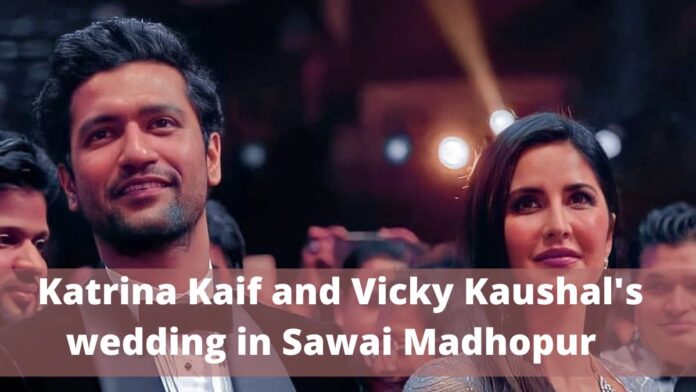 As news is in the air regarding Katrina Kaif and Vicky Kaushal’s wedding, today’s update is regarding the official meet of the district collector of Sawai Madhopur and other officials. The district collector suddenly called for a meeting regarding the security and to discuss the law and order arrangements. As per the source, the review of law and order arrangements is being done for the secret wedding of Vicky and Katrina. The grand wedding is supposed to take place at Six Senses resort in Sawai Madhopur.

By all means, both will have the wedding in December which will be grand and lush at the same time. As per the report, some 45 hotels have been booked in the area for the guest and all will be provided with their unique code which will give them access to the wedding venue and their hotel rooms.

Predicted Guest Who Will Attend The Wedding

All dates have been fixed. Sangeet will take place on December 7, Mehendi on 8, and wedding on 9. The guest list which is not confirmed right now has got the name of Shahrukh Khan, filmmaker Kabir Khan and Ali Abbas Zafar. The list also contains the name of Salman Khan and family. This list is just a prediction not confirmed.

As per the source, no phones will be allowed inside the venue. Both Vicky and Katrina may hold a reception party in Mumbai after their wedding.