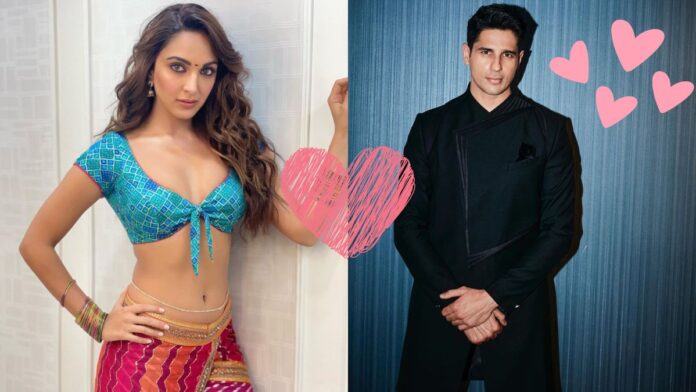 Kiara Advani and Siddharth Malhotra together look so wholesome like they look too good together and it’s not just my thought but it’s quite obvious and almost every one of their fans sees them together.

They both were rumored to be dating after they together starred in the biopic named Shershah which was a super hit film and so were the on-screen couples.

From being onscreen couples they actually became real-life couples and started dating each other and both of them were quite open to the public in the public and media.

After that, they are the new center of attention couple and their fans are loving to see them together every time and are eager for them to get married, which is supposed to be held in early 2023.

Recently they were again spotted together in the same car as they together went to the birthday bash of Amrit Pal Sing one of the important people in Karan Johar’s production.

Where Siddharth Malhotra was in a red shirt and black jeans while Kiara was in a blue denim jacket and baggie ripped.

Get your pocket full with some real side income with the best real money-earning apps in India.