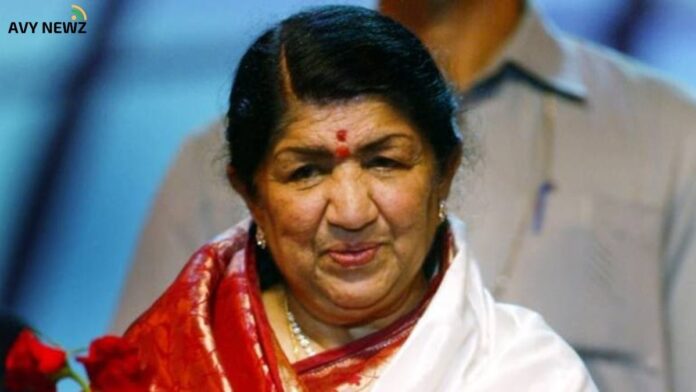 Indian popular singer Lata Mangeshkar tested COVID positive at the age of 92 and was admitted to the ICU at Mumbai’s Breach Candy Hospital in Mumbai. She is one of the most respected and best-known playback singers in Hindi songs, music director and also producer. Lata Mangeshkar has mild symptoms of COVID virus infection and will recover after taking a rest.

In November 2019, he was admitted to the hospital after complaining of breathlessness. At that time, Lata Mangeshkar’s younger sister Usha had told that Lata has got a viral infection. In September last year, Lata Mangeshkar celebrated her 92nd birthday with her family members. A lot of love and best wishes were pouring in from all over the world through social media.

ANI Tweeted on Twitter said that “Legendary singer Lata Mangeshkar admitted to ICU after testing positive for Covid-19. She has mild symptoms: Her niece Rachna confirms to ANI”.

Legendary singer Lata Mangeshkar admitted to ICU after testing positive for Covid-19. She has mild symptoms: Her niece Rachna confirms to ANI

Seeing Mangeshkar’s niece Rachna, ANI tweeted Lata Mangeshkar’s post and told ANI that ” “She is doing fine; has been kept in ICU only for precautionary reasons considering her age. Please respect our privacy and keep Didi in your prayers,”.

For Lata Mangeshkar, the process of prayers and prayers continues on social media. Lata Mangeshkar has sung more than 30 thousand songs in different languages in her career span of seven decades. Let us tell you that in the year 2001, She was awarded India’s highest civilian honour ‘Bharat Ratna’. She has also been honoured with Dadasaheb Phalke Award in 1989.