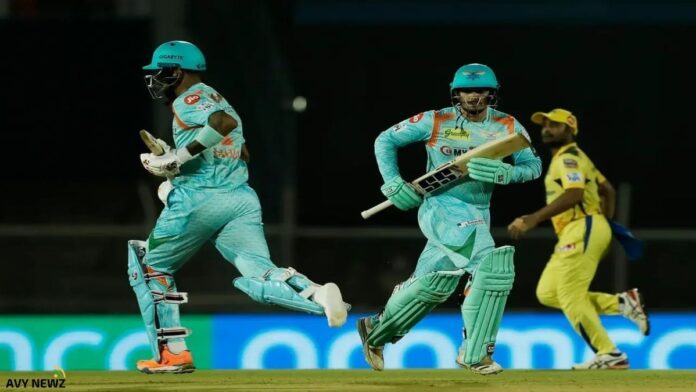 Chennai Super Kings scored 210 runs in 20 overs against LSG and lost 7 wickets. Where CSK batsman Robin Uthappa scored a half-century for his team. And other players, Shivam Dube scored 49 runs in 30 balls, Moeen Ali scored 35 runs in 22 balls and Ambati Rayudu scored 27 runs for his team but they could not stop LSG and LSG won the match by 6 wickets.

Lucknow Super Giants scored 211 runs in 19.3 overs and won the match by 6 wickets against CSK for the loss of 4 wickets. While LSG batsman Quinton de Kock scored the most runs for his team, he scored 61 runs in 41 balls. Where another batsman Evin Lewis scored 55 runs in 23 balls and KL Rahul scored 40 runs in 26 balls to win the first match against CSK.