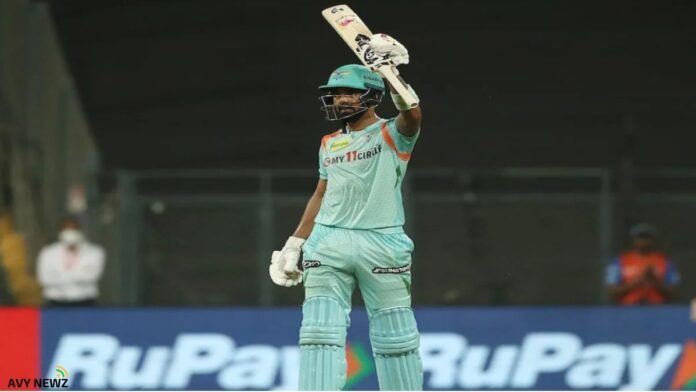 In this match, Mumbai Indians won the toss and chased down the target of LSG. Where LSG scored 168 runs in 20 overs and lost 6 wickets. While LSG captain KL Rahul played a brilliant inning against Mumbai Indians and scored a century against Mumbai Indians, he scored 103 runs in 62 balls. This is the second century of KL Rahul in this IPL 2022. Where another batsman Manish Pandey scored 22 and Ayush Badoni scored 14 runs.

IndianPremierLeague tweeted on Twitter and said, ” Leading from the front, Captain @klrahul11 is adjudged the Player of the Match for his outstanding knock of 103*“

Leading from the front, Captain @klrahul11 is adjudged the Player of the Match for his outstanding knock of 103*#TATAIPL #LSGvMI pic.twitter.com/gmDFYXl0bb