Mahindra XUV700: What Features to Expect with the car 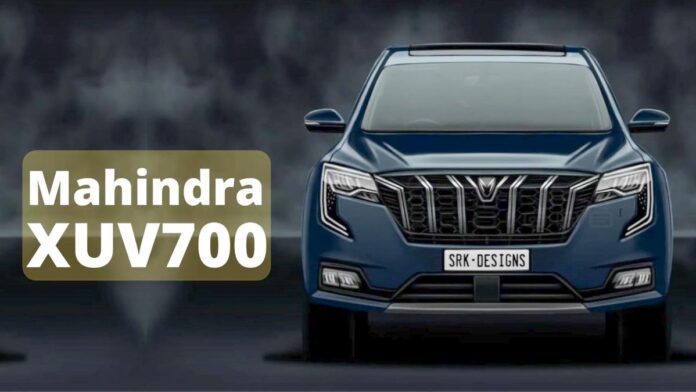 This is going to be a very interesting topic because it’s one of the most exciting cars for this year for our country, which is the Mahindra XUV 700. Now, when it was asked to Mahindra that when is the 700 actually hitting our market? And they said somewhere between Q2 and Q3 but now we know that it is certainly coming to this Diwali end we hope that it does come this Diwali that there are no further delays.

So we are going to tell you what all is going to be very exciting when the car does hit our market. Now, the thought of having a Visteon infotainment system is very exciting. Have you heard the name Visteon? This is the largest automotive supplier and kit Jaguars and BMW infotainment systems, the world’s largest supplier when it comes to supplying digital cockpits and you’re going to have that kind of a touchscreen, that kind of an infotainment unit in the XUV 700.

Which is again said to be inspired by those who are the best in the business, which is, Mercedes twin-screen setup kind of thing. Apart from that it also has a 360-degree camera.  The other interesting part is that the XUV 700 will have because patents have been leaked and we hope it has body flushed handles,  which means pop-up handles, that’s going to make things interesting.

Usually, till now, you see these pop-up handles on sports cars for aerodynamics on the 700, it’s just going to be something that’s going to make you feel nice when you enter the car.  We are not quite sure whether they are going to be over-styling the car like they have been doing it with the XUV 500s of the past, but there’s a word in the market, where people are saying that yes this is not going to be very over-styled it’s not going to go down the route, but rather the route of a Range Rover.

It is also said that some elements of the XUV 500’s youth will make their way there, like the arch over the rear wheel and the tendrils from the headlamps which would now be DRLs. LED headlamps will be offered of course but of their flector variety. The 700 will appear bigger in size, by how much?

That we will have to wait and watch.  Now to the heart of the car, which is the engine. Now Mahindra has the mHawk diesel engine and the 2.0-litre mStallion petrol engine, by the way, both these engines now are very very refined, it will be coupled with a manual transmission six-speed and of course, there could also be the automatic transmission.

From the Thar, we’ve already seen that the petrol and the automatic transmission is an absolute peach, it’s a very good experience, gone are the days where you thought that it was agricultural. So looking forward to that.

Mahindra also stands to bring in the ADAS technology on XUV 700, that would be very exciting. Remember, the XUV 700 is going to lock its horns against the likes of the Tata Safari and the Hyundai Alcazar.

Share
Facebook
Twitter
Pinterest
WhatsApp
Previous article
Mi Band 6 Launched in India with Best Price, Specification and Other Features
Next article
How To Order Coffee At Starbucks: All Steps Are Here You Must Know

Vinay Shukla
Vinay joined our team as a content writer after earning his bachelor's degree. He has been writing since his graduation as a freelancer. He likes to work on every aspect Like sports, entertainment, and lifestyle When he is not writing, he spends his time with his family and friends.
RELATED ARTICLES
Automobiles

Delivery wait of Mahindra XUV700 is over now, it will start to deliver from this date