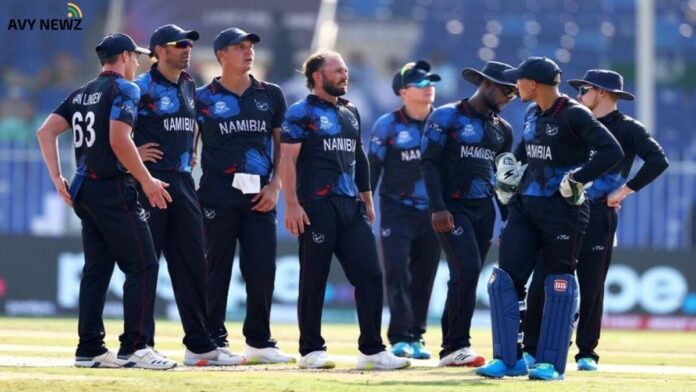 ICC MEN’s T20 WORLD CUP: Namibia defeated Scotland by 4 wickets in the ICC Men’s T20 World Cup played at the Sheikh Zayed Stadium in Abu Dhabi on Wednesday. Namibia won the toss and elected to bowl to Scotland to chase the target.

In the match between Namibia and Scotland, Scotland set a target of 109 runs in 20 overs and lost 8 wickets against the Namibian bowler. Namibia chased down that target, scoring 115 against Scotland in 19.1 overs. Namibia played a brilliant inning in the last match against Scotland. Namibia is in the second position in Group A with 2 wins and 1 loss from 3 matches in T20 World Cup.

Namibian opener Craig Williams scored 23 off 29 balls and second batsman Michael van Lingen scored 18 off 24 balls, JJ Smit scored the highest runs in his team, he scored 32 off 23 balls and went on to win the match be in last place against Scotland.

Also Read: 20 Most Visited Websites In The World You Should Know About