Nattu Kaka, the Character of Taarak Mehta Ka Ooltah Chashmah, Passed away on Sunday due to Cancer 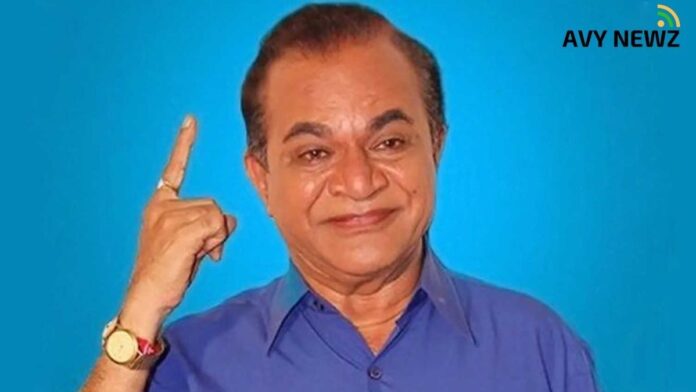 TAARAK METHA KA OOLTAH CHASHMAH: In the most popular reality show Taarak Metha Ka Ooltah Chashmah, actor Ghanshyam Nayak, who played the role of Nattu Kaka, passed away on Sunday after a long battle with cancer. The veteran actor passed away at 5:30 pm at the age of 76.

Ghanshyam Nayak aka Nattu Kaka was extremely close to actors Dilip Joshi and Tanmay Vekeria. He had maximum scenes with Tanmay Vekeria, who plays Bagga, and Dilip Joshi, who plays Jethala Champaklal Gada, as he worked at Gada Electronics in Taarak Metha Ka Ooltah Chashmah.

“I first got the news since his son called me at 5:45 pm. After being admitted to the hospital a few months back, his condition didn’t improve. He died today at 05:30 PM.” Said Tanmay Vekeria, who plays the Bagga role.

Nattu Kaka was one of the most popular characters of Taarak Mehta Ka Ooltah Chashmah. He was loved by the audience for his splendid comic timing and chemistry with Jethalal and Bagga. Prior Nayak had likewise revealed that he began working at a young age to earn money.

The government has restricted people over 60 years old from going of the crowd. Ghanshyam Nayak may not be in this world now however Nattu Kaka will consistently be remembered by every one of the families of India.