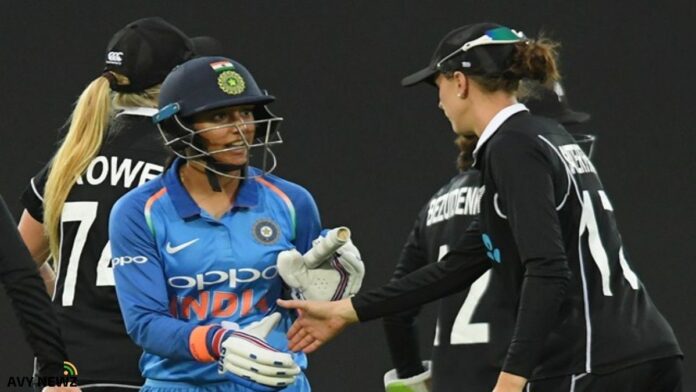 INDIA WOMEN TOUR OF NEW ZEALAND, 2022: New Zealand Women beat the India women’s team by 63 runs in the 4th ODI of the India women’s tour of New Zealand at the John Davis Oval Stadium in Queenstown. In this match, India won the toss and decided to bowl first. But due to rain, the match was reduced to 20 overs per side.

New Zealand women’s team scored 191 runs in 20 overs and lost 5 wickets. Where the opener gives the start to the team. Sophie Devine scored 32 runs in 24 balls and Suzy Bates scored 41 runs in 26 balls. At the same time, another batsman Amelia Kerr scored 68 and Amy Satterthwaite also scored 32 runs in 16 balls to set the target for the India women’s team.

ICC tweeted on Twitter and said ” New Zealand win the fourth ODI against India by 63 runs!!! The hosts take a 4-0 lead in the five-match series.“

New Zealand win the fourth ODI against India by 63 runs 👏

The hosts take a 4-0 lead in the five-match series.#NZvIND pic.twitter.com/C41X4Rk1gt

New Zealand bowlers Hayley Jensen and Amelia Kerr took 3 wickets each for a team, while another bowler like Frances McKay and Jess Kerr took 2-2 wickets against the India team. India bowler Renuka Singh took 2 wickets for her team while other bowlers like Meghna Singh, Deepti Sharma and Rajeshwari Gaikwad took 1-1 wickets for their team.