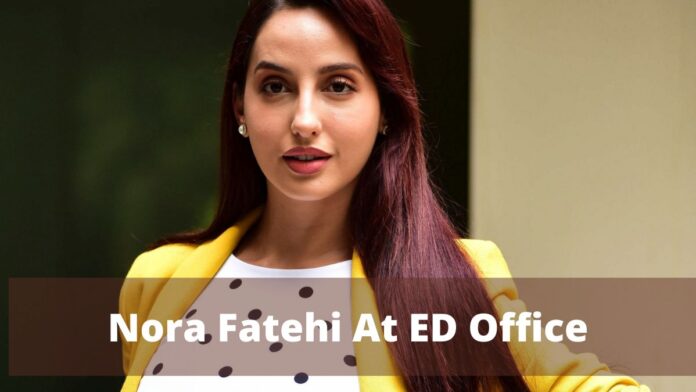 Actor Nora Fatehi on Thursday was seen at the Enforcement Directorate office regarding the money laundering case against artists Sukesh Chandrasekar and his actor-wife Leena Paul.

Both Chandrasekar and Paul have already been arrested by Delhi Police for cheating the family of Fortis Healthcare promoter Shivinder Singh of around ₹ 200 crores.

The Delhi Police files case against Chandrasekar and Paul of criminal conspiracy, cheating, and extortion.

Regarding the case ED wishes to questions Actor Nora Fatehi about her connections to the accused couple, sources have said. The agency had earlier also questioned actor Jacqueline Fernandes.

The case was filed by Shivinder Singh’s wife Aarti Singh. She was told that Home Minister Amit Shah and some other ministers were with her in any further circumstances. She was also told that this money will be used in BJP party funds.

After the arrest of both, police have recovered many valuable items worth crores. They have also a handful of luxurious cars and big brand luxurious bags.