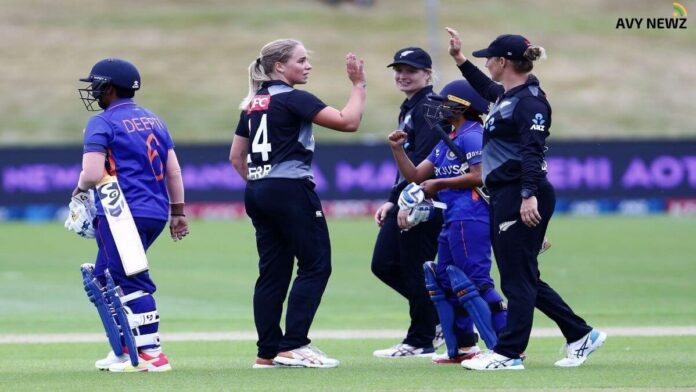 INDIA WOMEN TOUR TO NEW ZEALAND: In the series of India Women’s tour of New Zealand, New Zealand beat India Women by 3 wickets at John Davis Oval in Queenstown today. In this match, New Zealand won the toss and decided to bowl first.

BCCI Women tweeted on Twitter and said ” The game went till the final over but New Zealand managed to seal a win to take a 3-0 lead in the series. #NZWvINDW !!!!! #TeamIndia will look to bounce back in the next game. 👍👍”

The game went till the final over but New Zealand managed to seal a win to take a 3-0 lead in the series. #NZWvINDW#TeamIndia will look to bounce back in the next game. 👍 👍

Where India’s women’s team was all out after scoring 279 runs in 49.3 overs. Where Sabbhineni Meghna scored 61 runs in 41 balls, Shafali Verma scored 51 runs in 57 balls and Deepti Sharma scored 69 runs in 69 balls. But the New Zealand batsman chased down the target and won the match by 3 wickets.