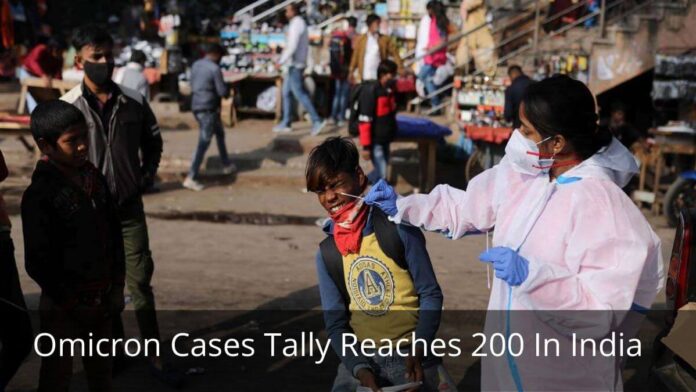 As per the saying of the Health Ministry on Tuesday, the new Omicron Variant has reached the tally of 200 now in India. Due to this increasing number of cases, the ministry is in full fledge to tackle this new variant of the virus. At present Maharashtra & Delhi have most of the cases of this new variant, 54 each, followed by Telangana which has 20 cases of Omicron, and Karnataka which has 19 cases so far. Last day, the country recorded 5,326 new cases and 453 deaths. Active cases in the country stand at 79,097.

In the Monday parliament session, Union Health Minister Mansukh Mandaviya told that the result of the response of covid vaccines against the new Omicron variant will be known within a week. The Central Government is taking care of all the necessary steps which should be taken to tackle the virus. The government has taken necessary precautions such as stocking up the oxygen capacity and medicines, based on learnings from first and second waves.