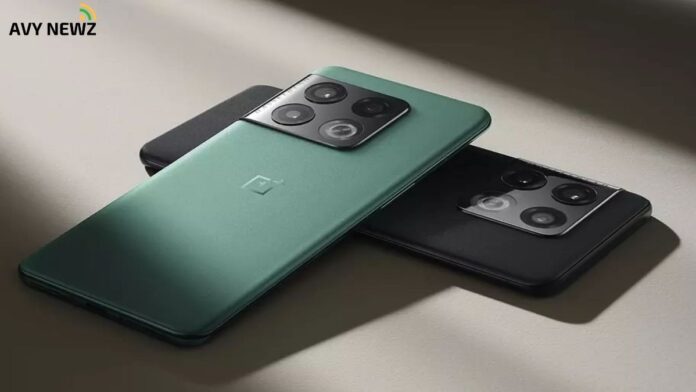 OnePlus is launching a new smartphone OnePlus 10 Pro and its founder has officially launched the specifications of the smartphone on Twitter. The incredible achievement of the OnePlus smartphone after-sales. They are all set to launch their new device at a reasonable price. Mobile information is constantly surfacing on the internet and what is the reason to know more about the price, specifications and features of this device. The expected launch date has not been decided by OnePlus but the estimated price of the OnePlus 10 Pro is Rs 68,999. Let’s know more about the smartphone.

OnePlus 10 Pro sports a 6.7-inch AMOLED display and offers 1440×3216 pixels resolution, 526PPI pixel density, and Corning Gorilla Glass with 5 layers of protection along with a 120Hz refresh rate. The smartphone is also equipped with an in-display fingerprint sensor and has a software-enabled face unlock feature. On the front, it houses a dual-selfie camera setup that includes a punch-hole located at the top of the corner of the display. The alert slider is on the right, while the volume button is on the left side of the device.

Regarding the specifications of the OnePlus 10 Pro, Pete Lau, the founder of OnePlus tweeted on Twitter that, ” The OnePlus 10 Pro is much more than a sum of its parts. But for now, here asr the specs.”

The OnePlus 10 Pro is much more than a sum of its parts. But for now, here are the specs. pic.twitter.com/iEQxgMWAkw

OnePlus sports an octa-core Snapdragon 8 Gen1 Mobile Platform processor with a chipset that is paired with 12GB of RAM and 256GB of internal storage in the device. The phone sports OxygenOS 12 based on Android 12 out-of-the-box. The OnePlus 10 Pro device packs a quad-camera setup, which includes a 64MP main camera, a 48MP ultra-wide-angle camera, an 8MP telephoto camera, and a 5MP sensor. The front camera is backed by a 32MP selfie camera for taking clear selfies and also shoots clear video recording with the selfie camera.

Battery and Connectivity of OnePlus 10 Pro