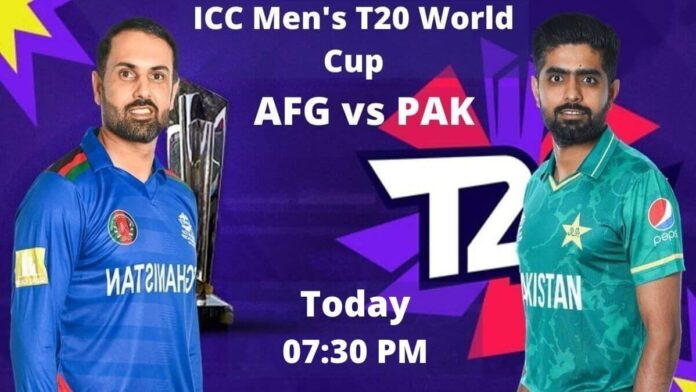 T20 WORLD CUP 2021: In today’s match, Afghanistan will face Pakistan in the ICC Men’s T20 World Cup 2021 at the Dubai International Stadium in Dubai. The match between Afghanistan and Pakistan will start at 19:30 IST.

In the match between Pakistan vs Afghanistan, we are supporting Afghanistan to win today match.