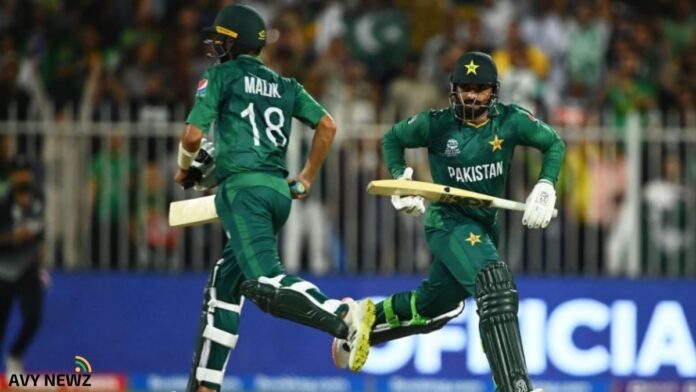 In the match against Pakistan vs New Zealand, Pakistan won the toss and decided to bowl first. New Zealand team players scored 134 runs in 20 overs and lost 8 wickets. After Pakistan’s batting they chased down that target in just 18.4 overs and they lost 5 wickets in that innings. In the match played on Tuesday, Pakistan defeated New Zealand by 5 wickets.

Pakistan and Afghanistan occupy the 🔝 2 spots 👀

Will any team chase them down in Group 2❓#T20WorldCup pic.twitter.com/sODUFsgxBD

New Zealand batsman Daryl Mitchell scored 27 runs in 20 balls whereas the Caption Kane Williamson scored 25 runs in 26 balls and he got run out by Hasan Ali. Whereas Devon Conway scored 27 runs in 24 balls this player scored the highest runs with his team. New Zealand target was given to Pakistan was even less according to 20 overs. But New Zealand performs well in this match.