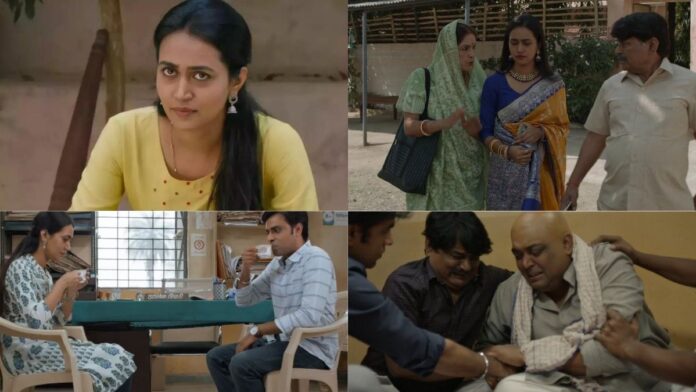 Panchayat has made a place in the hearts of people, a story of simple village life has made a home in everyone’s heart. Everyone is very fond of memories, apart from the web series and movies are shown today, this web series shows the simple life of the village and the simplicity of the people, as well as the “sachiv ji” and the Pradhan ji’s daughter “Rinki”.

If we talk about the first season, in the first season, a small role of Rinki was shown, in which she meets the “sachiv Ji” while drinking tea over the water tank and the first web series ends there. But the curiosity in the minds of the people had increased more as to what was to come and as soon as Panchayat 2 was released Rinki’s simplicity won the hearts of the people,

Recently Rinki has become very active on social media. He has gained a lot of respect, people are following him, memes are being made about him, and everyone is discussing him. The same thing is appreciated in this web series, when in the last episode, the son of the Vice-President of the village “Pahlada ji’s” son is martyred and he becomes like a stone and after 3 days with his friends,

When he cries, his Crying makes everyone’s eyes teary, but the Panchayat 2 was just over, after which the shooting of the panchayat 3 started, the panchayat has left such an impact on everyone’s heart that everyone is thinking of going to the village. Talking about the environment of the village, but if you have noticed in this web series, then whom we were calling “Banrakas” the orangutans,

The man put their whole efforts in this web series, yes he performed so well, He became the backbone of this series like us. It is learned that Sachiv Ji is about to be transferred and his transfer leave has also reached Pradhan ji’s house Rinki has read it and narrated it to his mother, this has not hurt only Rinki but the fans of the sachiv ji.