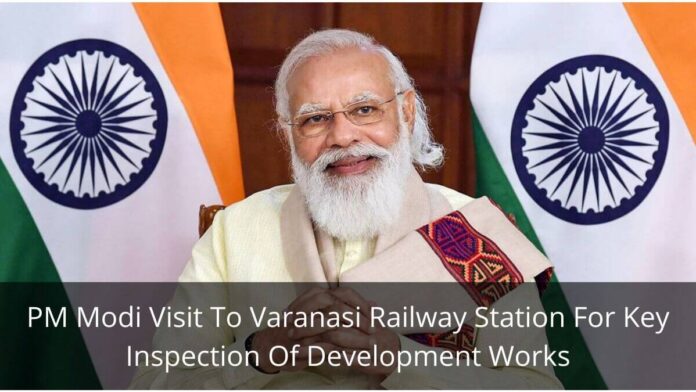 After inspecting the work he said that it is the duty of the government to create and provide the best possible development & infrastructure projects to the people. He also said that the Central government is making all possible things to provide the best rail connectivity with the clean, fresh, modern & passenger-friendly railway stations.

Next stop…Banaras station. We are working to enhance rail connectivity as well as ensure clean, modern and passenger friendly railway stations. pic.twitter.com/tE5I6UPdhQ

Inspecting key development works in Kashi. It is our endeavour to create best possible infrastructure for this sacred city. pic.twitter.com/Nw3JLnum3m

CM Yogi Adityanath was also seen with PM Modi during the inspection. PM in his tweet said, “Inspecting key development works in Kashi. It is our endeavour to create best possible infrastructure for this sacred city”.