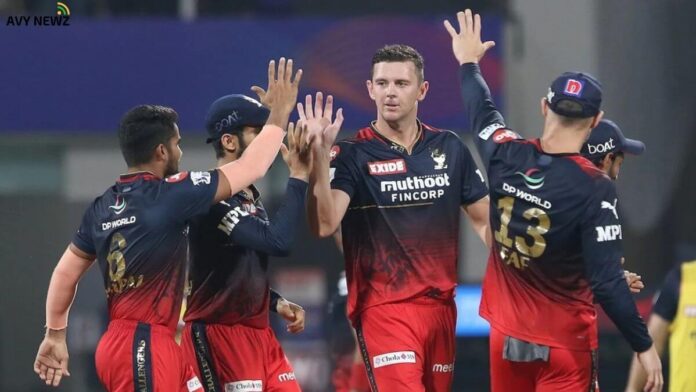 IndianPremierLeague tweeted on Twitter and said, ” A well deserved Player of the Match award for @faf1307 for his excellent knock of 96 as @RCBTweets win by 18 runs.“

A well deserved Player of the Match award for @faf1307 for his excellent knock of 96 as @RCBTweets win by 18 runs.#TATAIPL #LSGvRCB pic.twitter.com/UXnrrwi0HO

Royal Challengers Bangalore’s target could not be chased by Lucknow Super Giants, where LSG scored 163 runs in 20 overs and lost 8 wickets against RCB. LSG batsman Krunal Pandya top-scored for his team, scoring 42 runs. At the same time, another batsman KL Rahul scored 30 and Marcus Stoinen scored 24 runs for his team. But they could not chase the target and lost the match by 18 runs.

RCB bowler Josh Hazlewood took 4 wickets against LSG. Where another bowler Harshal Patel took 2 and Mohammad Siraj and Glenn Maxwell took 1-1 wickets for their team. Where LSG bowler Chamira and Holder took 2-2 wickets for their team and Krunal Pandya also took 1 wicket for his team against RCB.