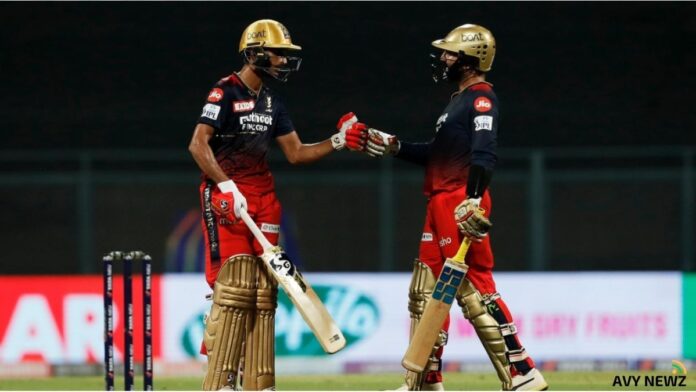 Royal Challengers Bangalore chased down the target in 19.1 overs where RCB scored 173 runs and lost 6 wickets. RCB batsmen Shahbaz Ahmed and Dinesh Karthik made a great partnership. Where Shahbaz Ahmed scored 45 and Dinesh Karthik scored 44 runs. At the same time, another batsman Faf du Plessis scored 29 runs and Anuj Rawat scored 26 runs to chase the target of his team RR.

IndianPremierLeague tweeted on Twitter and said, “.@DineshKarthik is adjudged Player of the Match for his match winning knock of 44* off 23 deliveries.“

.@DineshKarthik is adjudged Player of the Match for his match winning knock of 44* off 23 deliveries.

This is also @RCBTweets's 100th win in #TATAIPL.

Rajasthan Royals also played a brilliant inning where RR scored 169 runs in 20 overs and lost 3 wickets. To set the target for RCB where RR batsman Jos Buttler scored the most runs for his team, he scored 70 runs in 47 balls, Devdutt Padikkal scored 37 runs and Shimron Hetmyer scored 42 runs. But the RCB batsman chased down the target of RR and won the match by 4 wickets.