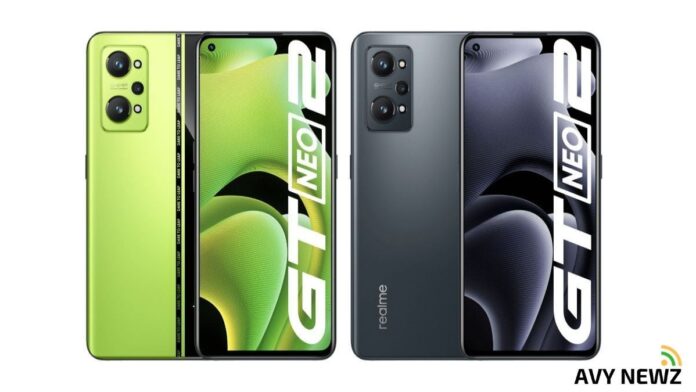 REALME LAUNCHING NEW DEVICE: The upcoming buy device Realme GT Neo 2 will be launched in the current month with advanced features and specifications at a price of Rs. 30890. The Realme GT Neo device features a Super AMOLED display with Full HD+ screen and supports 1080×2400 pixel resolution.

The Realme GT Neo 2 supports 5G networks with a 6.62-inch Super AMOLED display with Full HD+ display and also supports 1080×2400 pixel resolution. It has an 84 percent screen body ratio and the power button is to the right of the volume buttons.

Realme GT Neo2 is powered by octa-core Snapdragon with an 870 chipset. It has 8GB of RAM and offers 128GB of storage to store the information in the device. Also, it has the latest version of the Android 11 operating system.

The device includes a triple-rare camera at 64MP primary sensor, an 8MP ultra-wide-angle sensor, and a 2MP sensor. There is a 16MP camera in the front camera for clicking selfies, videos and attending video calls.