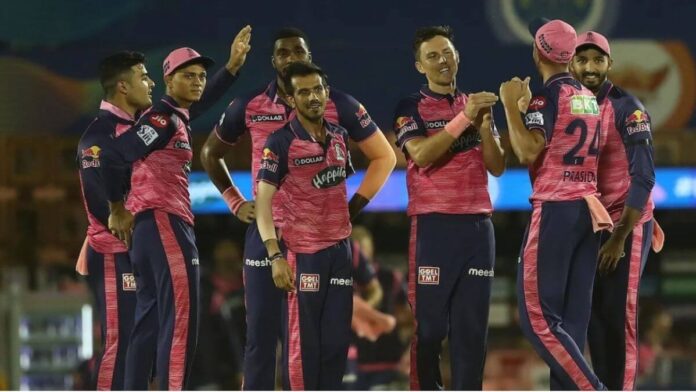 IndianPremierLeague tweeted on Twitter and said, “Trent Boult let the ball rip and bagged the Player of the Match award as @rajasthanroyals sealed a win over #LSG”

Trent Boult let the ball rip and bagged the Player of the Match award as @rajasthanroyals sealed a win over #LSG. 👌 👌

While Lucknow Super Giants could not chase down the target of Rajasthan Royals and lost the match by 24 runs. Where LSG scored 154 runs in 20 overs and lost 8 wickets. Where Lucknow Super Giants batsman Deepak Hooda played a brilliant inning against Rajasthan Royals and scored 59 runs for his team. Where another batsman Kunal Pandya scored 25 runs and Marcus Stoinis scored 27 runs.

Rajasthan Royals bowler Trent Boult became the player of the match, he took 2 wickets and conceded 18 runs in 4 overs. Where another bowler Prasidh Krishna and Obed McCoy took 2-2 and Yuzvendra Chahal and Ravichandran Ashwin took 1-1. While Lucknow Super Giants bowler Ravi Bishnoi took 2 wickets for his team and another bowler Avesh Khan, Jason Holder and Ayush Badoni took 1-1-1 wickets for his team.