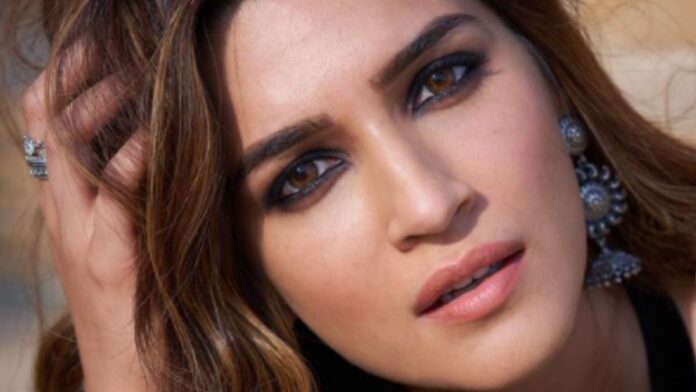 Today Kriti Sanon adds herself to the successful list of Actress in the Hindi industry. Recently she has been seen with Akshay Kumar promoting their movie “Bachchhan Pandey”. She is recognized well in the industry after the powerpack performance last year. Last year she had two releases ‘Hum Do Hamare Do’ and ‘Mimi’. In both films, she performed extremely well and was applauded for her role. In Mimi, she was doing the lead role and managed the movie very well. The movie was well received and applauded by the audience.

After her last year of hard work in both films, she has now various offers coming for the films. Despite this success, she shared her experience about the sexism discriminity in Bollywood.

Sharing her experience with the Indian Express, she told “There are very, very few who would let others share screen space equally. I’ve been in situations where most men were not willing to do a film where 60% was me and 40% was a male actor’s role. Nobody was willing to do it. So, I obviously think that these things need to change a little. What Akshay did in Atrangi Re was so commendable. It was a small but good role. Akshay is so not insecure of anyone, and plays his part honestly.”