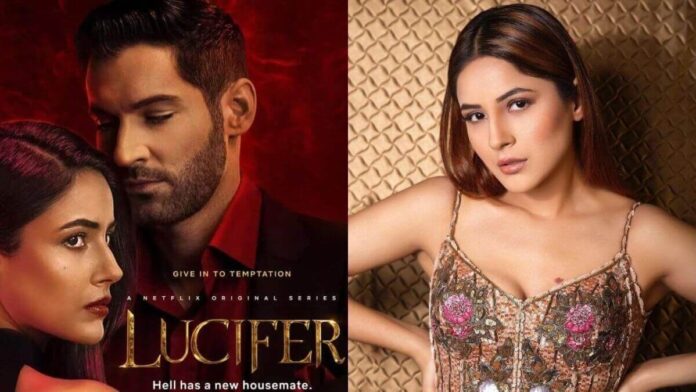 Shehnaaz Kaur Gill is the most famous Indian actress and a loving personality in the entertainment industry. Her career may have been bright after Bigg Boss 13, but after the death of Siddharth Shukla last year, it once again won. Then he returned to films after a long time with the Punjabi film ‘Honsala Rakh’.

Shehnaaz Gill is sharing updates with fans on her social media like Instagram and Twitter. Now Shehnaaz Gill has shared the poster of the Hollywood web series ‘Lucifer’ in his latest post. The caption written in his post has caught people’s attention that the lead actor of the show “Lucifer” series Tom Ellis is seen in the poster. In the picture, Tom Ellis and Shehnaaz Gill look perfect in the poster.

Netflix India also shared a post on Twitter, ” We’re bidding goodbye to 2021 with the best of the year!!!! Stay tuned for the biggest crossover episode! #NetflixIndiaPlayback2021#Playback2021“

We're bidding goodbye to 2021 with the best of the year 🥳
Stay tuned for the biggest crossover episode!#NetflixIndiaPlayback2021 #Playback2021 pic.twitter.com/K5RXspfsqk