Shehnaaz Gill Was Spotted At Kids Orphanage After Months 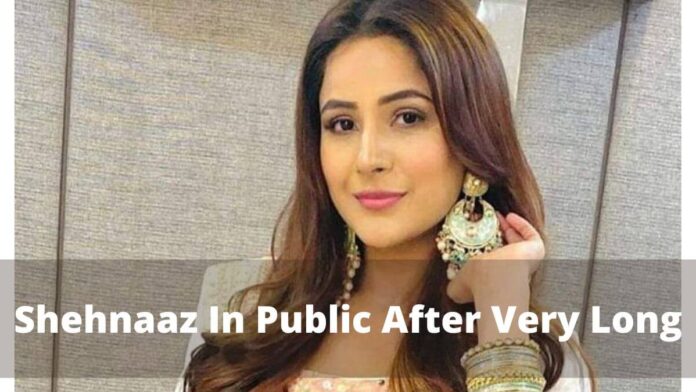 Actress Shehnaaz Gill who was avoiding being in public was spotted at a children’s orphanage in the Amritsar Pingalwara area. She was seen interacting and playing with the kids. She looked happy and involved after a very long time.

She made her public appearance after the months of the demise of her rumored boyfriend and Bigg Boss 13 winner Sidharth Shukla. After his demise, she was seen promoting her movie “Hosla Rakh”.

Shehnaaz, who was dressed in blue jeans, long boots, and a grey coat, was seen interacting with kids at the orphanage.

After watching her happy and relaxed, her fans have positively commented. They said that they are happy to see her happy, bold, and strong and wishes to be the same always. One of her fans commented “Such a humble and down to earth human being.#shehnaazgill,”. Another one wrote, “Respect increase day by day for you sana. #ShehnaazGill.”

Shehnaaz has not been in public since her rumored boyfriend’s sudden death due to cardiac arrest. Sidharth was only 40. They both first met in a reality show Bigg Boss and from there on chemistry began. Fans started calling them Sidnaaz.

After the show, they did various music albums together and were also spending time together. But after the demise, she was only seen at the promotion of her movie.

In one of the interviews, she had also broken down while talking about Sidharth.

Sidharth’s family is planning to release a rap sung for the late actor on his birth anniversary on December 12.