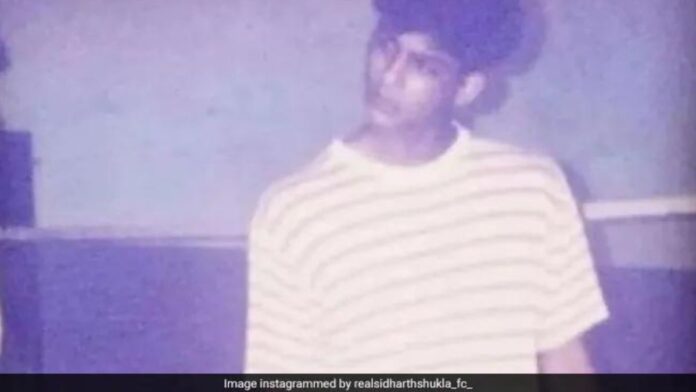 In which we can see them Siddharth Shukla is seen on a white color T-shirt, due to the old photo we do not recognize them well

Siddharth Shukla won Bigg Boss 13 and was a very good actor, who died last 2 September at the age of 40 in Mumbai due to a heart attack, his post-mortem was done at Cooper Hospital in Mumbai.

Siddharth and Shehnaz Gill were known by the name “SIDNAAZ” in their fans. and they were very famous among the people.

In a viral photo on social media, Siddharth is seen in a white T-shirt, inside which he looks very young, his age is very young, it is being speculated that this is his childhood school photo and The same Shehnaaz Gill.

This photo has come to the fore, in which she also looks very beautiful and looks innocent, people have tears in their eyes after seeing this and they have written their words in their comments, people are missing a lot and sharing their photo.

This photo of him went viral and there are many comments in that post in which the same person commented that “Sehnaaz is already very beautiful” and others also commented on the same that “they have been glanced at by someone”.

Shehnaz gill is not active on social media after this incident, she is badly broken, a few days ago a video Came, in which Shehnaz was seeing and saying “SIDDHARTHA MERA BACHHA”.