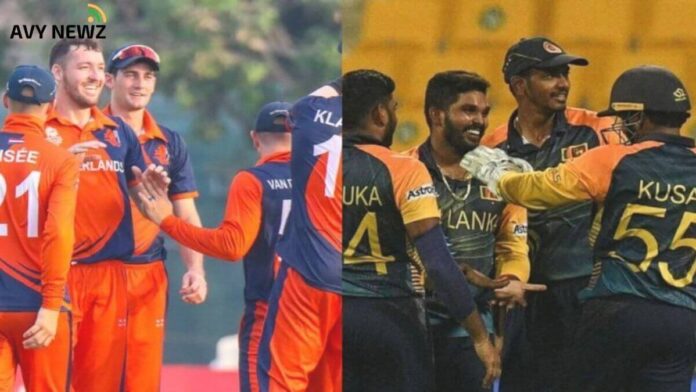 T20 WORLD CUP 2021 MATCH: Sri Lanka will face the Netherlands in the ICC Men’s T20 World Cup 2021 on Friday at the Sharjah Cricket Stadium in Sharjah. The match between Sri Lanka and Netherlands will start at 07:30 pm.

In the last match between Sri Lanka and Ireland where Sri Lanka beat Ireland by 70 runs. In that match, Sri Lanka had given a target of 171 runs in 20 overs. But Ireland could not bowl out the entire team in 18.3 overs and they scored 101 runs. Sri Lanka vs Ireland match will be played at the Sheikh Zayed Stadium in Abu Dhabi.

Netherlands batsman Max ODowd was in fine form in the last two matches. Max ODowd had scored 70 runs in 56 balls in this match and in the previous match between Ireland vs the Netherlands, he scored 51 runs in 47 balls. And the other batsman Colin Ackerman also performs well and he scored 35 runs in 32 balls. Bowler Fred Klaassen conceded 14 runs in 4 overs but took just one wicket. At the same time, Peter Seelaar gave 8 runs with 1 wicket in 2 overs.