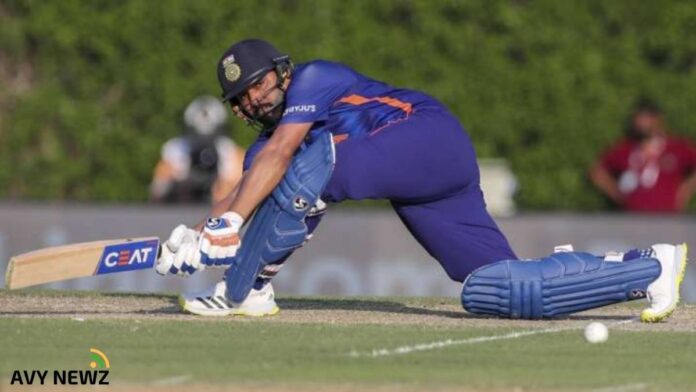 T20 WORLD CUP WARM-UP MATCHES: India defeated Australia by 9 wickets in preparation for the T20 World Cup played in Dubai on Wednesday. In this match, Virat Kohli was also bowling in place of the sixth bowler in this tournament.

But in the end, India achieved that target in just 17.5 overs and lost just one wicket. All India batsmen played well and they lost the wicket of KL Rahul only. But he scored 39 runs in 31 balls. After another batsman, Suryakumar Yadav and Rohit Sharma’s partnership was excellent where Rohit Sharma scored 60 runs in 41 balls and he retired for that match and scored 38 runs in 27 balls with Suryakumar Yadav.

India beat Australia and register their second win in a row in the warm-up games 👏👏#INDvAUS #T20WorldCup pic.twitter.com/CKL9oK7yI6

Indian players have gone with their families for the T20 World Cup in UAE. Players have insisted that being with their loved ones is a great relief as they have been in a bio-bubble for more than 2 months.

Virat Kohli makes us part of India’s tour of England where the team played the World Test Championship final and 5 test series against England. Where Virat Kohli led India and they won the match against England by 7 wickets in their two warm-up matches played in Dubai on Monday.

Share
Facebook
Twitter
Pinterest
WhatsApp
Previous article
Priyanka Gandhi Said: 40% of the Tickets of Congress Candidates in UP were given to Women
Next article
Shah Rukh Khan today visited Mumbai’s Arthur Road Jail to Meet With His Son Aryan Khan