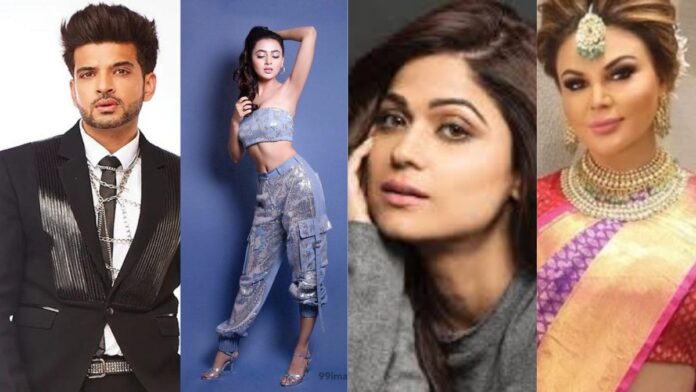 As we all know that this season Bigg Boss started on an energetic note. There are some big faces in this season Bigg-Boss. Some are Karan Kundra, Jay Bhanusali, Shamita Shetty, and Tejasswi Prakash. There were other faces such as Rakhi Sawant and his husband as wild card entry contestants. While Shamita Shetty, Pratik Shejpal, and Nishant Bhat were the Bigg Boss OTT contestants who are now in the race for the ticket to the finale. You will be surprised to know about the salary they are getting per week to live in the house.

Even more, you will be surprised to know the contestant who is getting highly paid in the house. As we all know that Shamita Shetty, Karan Kundra, and Rakhi Sawant are all big faces in the house but they are not the highly paid contestant. Tejasswi Prakash is a huge name in the television world. But one would be surprised to know that she is earning more than beau Karan Kundrra inside the house.

Contestant & Their Salaries Per Week