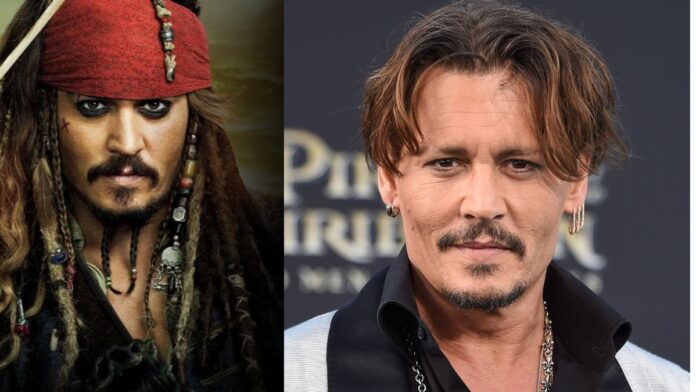 The king of acting Johnny Depp after being surrounded by troubles for many days, now Johnny Depp’s troubles have reduced a bit and he has passed the most challenging time of his life. We are talking about Johnny Depp and Amber Heard’s defamation case, which Johnny Depp has won.

After his victory, the era of good things started back in Johnny’s life, let us tell you that due to the allegations against him, he faced a lot of problems in his career, due to which he had to face many problems.

He was Also removed from films but recently a piece of news is becoming very viral, which is being told that Disney has again offered Rs 2535 crore to Johnny Depp for “Pirates of the Caribbean” and sent an apology letter along with it.

According to Johnny Depp, this case had spoiled his life, he had stopped getting roles in films. He lost all roles in the big films that Johnny Depp has done. The makers refused to take Johnny Depp forward, his career was on the verge of ending. But Johnny Depp suffered a lot financially due to the allegations against Amber Heard.

ALSO READ: Amber Heard’s Another Video Went Viral: Seen Kissing With This Girl in the Lift

Now if we talk about the offer received by Johnny Depp, An Australian site claims Disney has offered him 2535 crores for “Pirates of the Caribbean” and “Jack Sparrow”, as well as sent an apology letter also to Johnny.

This information has been given by a close person on the site and he also added that “I know the corporate has sent him a letter with a gift, but I am not sure how it has been sent to the actor. What I can tell you is that the studio has drafted Jack Sparrow. I Hope Johnny will forgive him and come back for this character.

The truth of the Viral News

This news created a ruckus on the internet, although talk about its truth, so far no official statement has come from Johnny Depp that he is going to do this or he has received any such offer from Disney. This information is being seen as viral news because there has been no official confirmation about it,

Let us tell you that some time ago Johnny Depp announced that he will not go back in the role of “Pirates of the Caribbean” and “Jack Sparrow”.  No matter how much amount is given to them, now how much truth is there in this matter and how much lies, let’s see after the official confirmation.