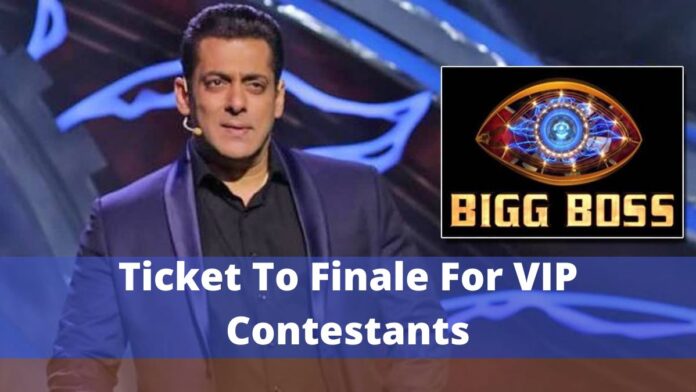 Bigg Boss 15 every episode comes with an exciting roller coaster-like ride with a new twist, turns, fights, drama, and gossip in every moment. The same happened in the latest episode where Bigg Boss ask every contestant to gather in the living area for an announcement. After everyone settled down, Bigg Boss started the announcement by saying it has always been said in this season that only VIP contestants have the right to win the BB 15 trophy and the show. And this is the first time that they will follow their words.

And also this is the first time in the history of Bigg Boss that a VIP contestant will get the “ticket to the finale” in the 10th week itself. This announcement made everyone surprised and excited.

ALSO READ: Most Visited Websites In The World

Winning a Ticket to the finale means that a contestant can ensure his/her position in the finale directly. The 10th-week golden ticket to the finale is not for the Non-VIP members namely, Shamita Shetty, Karan Kundrra, Pratik Sehajpal, Tejasswi Prakash, Umar Riaz, Nishant Bhat, and Rajiv Adatia, Bigg Boss says that only VIP members will have this golden opportunity to win the ticket. However, all members will have an active role in the entire process. The episode ends with Bigg Boss asking Karan Kundrra to bring the letter for the upcoming task and read it out aloud.

The VIP contestant which has the opportunity to win the ticket are  Rashami Desai, Devoleena Bhattacharjee, Abhijit Bichukale, Rakhi Sawant, and her husband Ritesh. These all are the wildcard VIP contestants on Bigg Boss 15.

From now it will be exciting to see the twist, turn, and drama that all tasks will bring from now onwards.