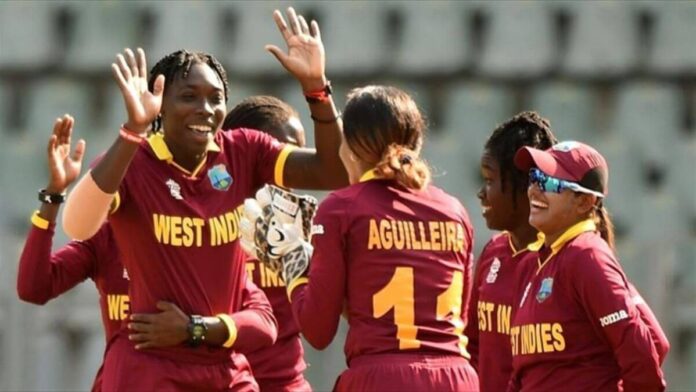 West Indies Women beat England Women by 7 runs in the ICC Women’s World Cup 2022 played at University Oval in Dubai. In this match, West Indies Women won the toss and decided to bat first and set a target for the England women’s team.

West Indies women’s team scored 225 runs in 50 overs and lost 6 wickets. West Indies openers Deandra Dottin and Hayley Mathews got off to a great start. Where Deandra Dottin scored 31 off 64 balls and Hayley Mathews scored 45 runs in 58 balls. And other batsmen like Shamilia Campbelle and Chedean Nation scored the most runs for the team. Where Campbelle scored 66 and Nation made 49.

ICC Tweeted on Twitter and said ” WEST INDIES WIN BY 7 RUNS! 👏 What a nail-biting finish. Incredible! 🔥“

England women’s team was all out in 47.4 overs and scored 218 runs. While England batsman Tammy Beaumont scored the most runs for his team, he scored 46 and another batsman Danielle Wyatt and Sophie Ecclestone scored 33 runs and Sophia Dunkley scored 38 and Kate Cross scored 27 for her team. scored runs.